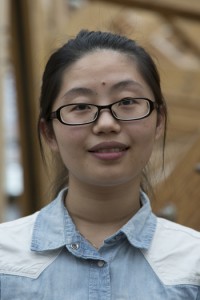 Sucrose is primary photosynthetic carbohydrate which is crucial for plants growth and development. Enzymes catalyze the metabolism of sucrose is not fully understood. The goal of my project was to investigate location and function of sucrose synthase in Arabidopsis thaliana, especially for cellulose biosynthesis. In addition, I tried to identify the effect of phosphorylation on sucrose synthase protein by modifying an amino acid substitution to mimic a phosphorylated protein. Through localizing the enzymes in vascular tissue we hoped to test the model which sucrose synthase exists in a complex with β-glucan synthase.